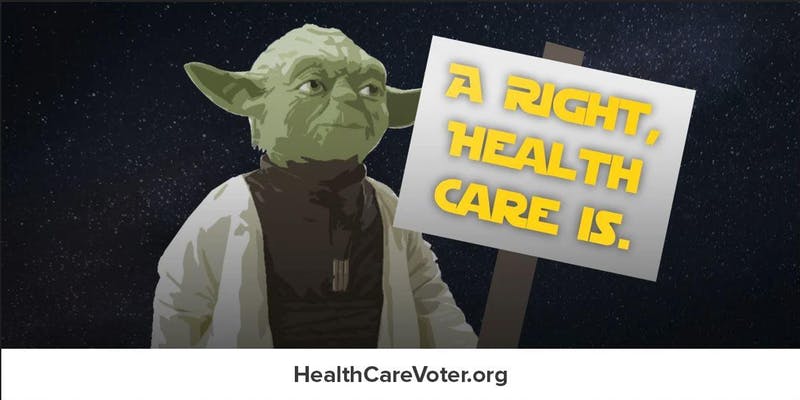 IRVINE, CA – One year ago, on May 4th, 2017, fourteen California representatives, including Orange County Congressmembers Mimi Walters, Dana Rohrabacher and Ed Royce, voted to take health care away from tens of thousands of their constituents by approving the American Health Care Act (AHCA). While key parts of the Affordable Care Act, Medicaid, and other federal programs ultimately survived it was only by a margin of a single vote in the U.S. Senate. Orange County residents will gather in solidarity to remember that these irresponsible Representatives voted for the (ACHA) and against their own constituents—and to urge opposition to the continued attempts to undermine our health system by the Trump Administration and Congress.

Every analysis of the ACHA, including by the independent Congressional Budget Office, confirmed that it would have left millions more Californians uninsured, hundreds of thousands in Orange County alone. Many more would be left in a smaller and sicker insurance pool, facing much higher premiums as a result. The bill would have made catastrophic cuts of tens of billions of dollars a year to California’s health care system, resulting in as many as 15,000 jobs lost in Orange County.

Labor, health care advocates and community leaders, will gather to mark the day with a rally to let their representatives know that they do not forget the destruction their votes could have caused and to demand they break their silence on the ongoing attempts to sabotage our health care system by the Trump Administration and Congress.

WHAT: Rally with Orange County residents 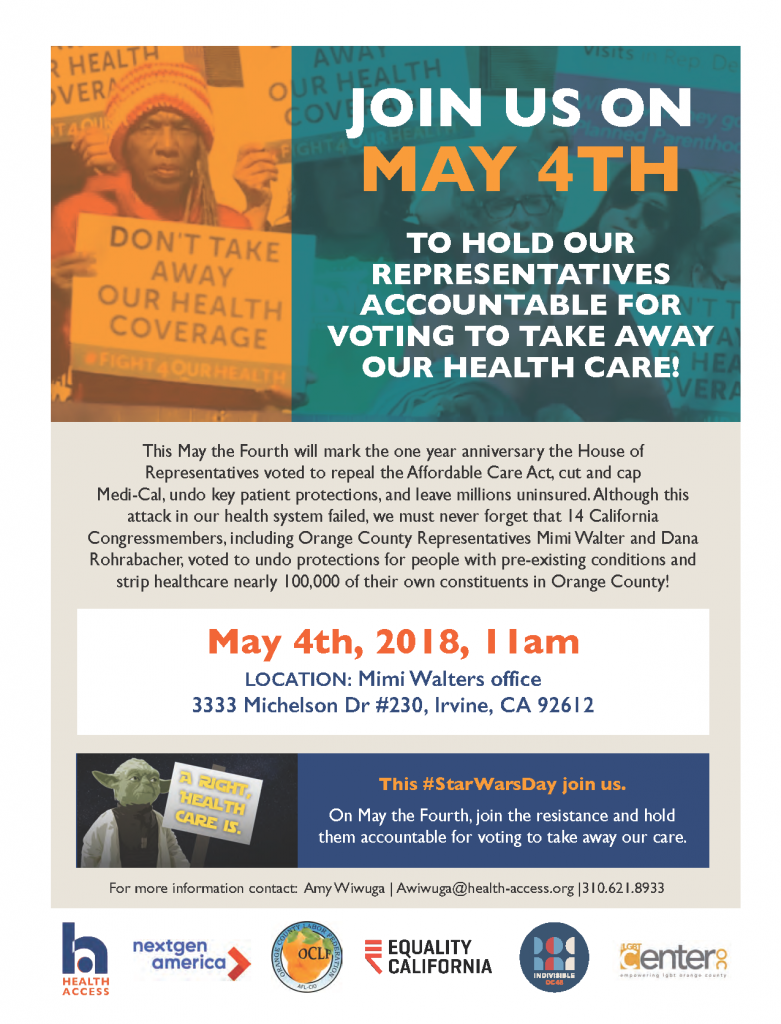