You gotta fight for your right to vote

Conservatives on the Supreme Court yesterday backed Ohio officials’ efforts to purge tens of thousands of citizens from its voter rolls, likely opening the door for other states to take similar actions. Brought by the A. Philip Randolph Institute, the suit argued that such aggressive actions amounted to unconstitutional restrictions that disproportionately target working people and communities of color. 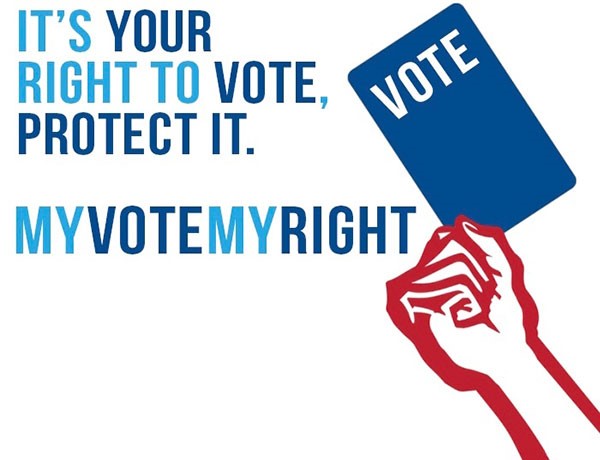 Message of the Day

— You Gotta Fight for Your Right to Vote —

Powerful right-wing interests are continuing to weaponize a fabricated epidemic of voter fraud in their assault on Americans’ voting rights.

Yesterday, five justices sided with a wrong-headed law designed to deny targeted citizens’ constitutional right to vote. By inviting these deep-pocketed groups to continue their assault on voting rights, the Supreme Court has opened a floodgate of attacks on our democracy.

Ohio’s voting restrictions—some of the most extreme in the country—begin the purging process if a voter misses one federal election cycle. If they miss a single mailed notice, their registration is then slated to be purged in four years.

This extreme, unwarranted effort already has blocked tens of thousands of Ohioans from voting. With the court failing to protect our right to vote, it’s time for working people to double down and continue fighting for our collective voice. With right-wing forces as ambitious as ever, it has never been more important for the labor movement to mobilize and fight back.

144,000: Number of voters in Ohio’s three largest counties whose registration was purged before the 2016 election.

Protect the right to vote!