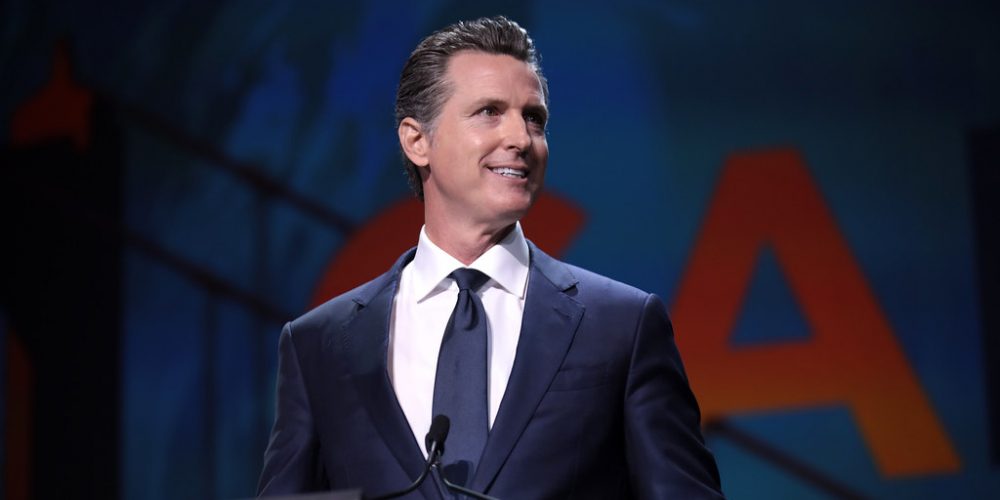 As the recall vote comes closer, Newsom paid a visit to the hard working labor union members on September 6th. The labor union had clearly stated their support of Governor Newsom and appreciates his visit and show of appreciation and dedication to the working families of California.

Here is what CNN had to say:

“It was approaching a sweltering 100 degrees when California Gov. Gavin Newsom jumped into the back of a flatbed truck to thank dozens of laborers for their work to keep him in office.”I know what you are thinking,” said Newsom in shirtsleeves and a tie. “He better be short, it is 100 degrees out here.”Labor has been central to Newsom’s effort to keep his job, and if he is able to stave off a Republican-backed recall effort on September 14, he could have the scores of labor unions backing him to thank for it. The union workers in California have not only become Newsom’s base because of their ties to labor, but because Newsom is also benefiting from deep support among voters of color — many of whom made up the audience for the governor’s speech on Sunday.

“Your family is here in the federation,” Ron Herrera, head of the Los Angeles County Federation of Labor, said to Newsom, as union workers from across the county picked through barbeque provided by the Sheet Metal Local 105.

In Los Angeles County, where Newsom rallied on Sunday, the entire affiliation of labor unions through the AFL-CIO has spent at least $2 million to protect Newsom, according to the organization’s spokesman Christian Castro. They have coordinated over 1,100 volunteer shifts, making over 550,000 phone calls and knocking on over 60,000 doors, with the goal of hitting a total of 100,000 doors by Election Day.

It’s an effort Newsom was clearly aware of as he stood sweating on the Chevrolet flatbed.

“I just want to, from the bottom of my heart, say thank you to all working folks out here, all those essential workers here in the state of California,” Newsom said, lauding the workers for their efforts during the coronavirus pandemic. “One thing I am resolved to do is not forget… You had our backs, and I want you to know, I will have your back.”

Newsom told CNN after the event that the reason labor is so critical to him is simply because “no one knows how to organize better than labor.””It’s about boots on the ground, door knocking. It’s about text messaging,” said Newsom, whose campaign is primarily concerned about getting Democrats to the polls, not that they are supportive of this recall. “It’s not a persuasion campaign. I mean, you’ll still find people that may be on the fence, but it’s really about turnout. Labor knows how to turn out.”…

Read the entire article on CNN at https://www.cnn.com/2021/09/06/politics/california-recall-newsom-union-workers/index.html