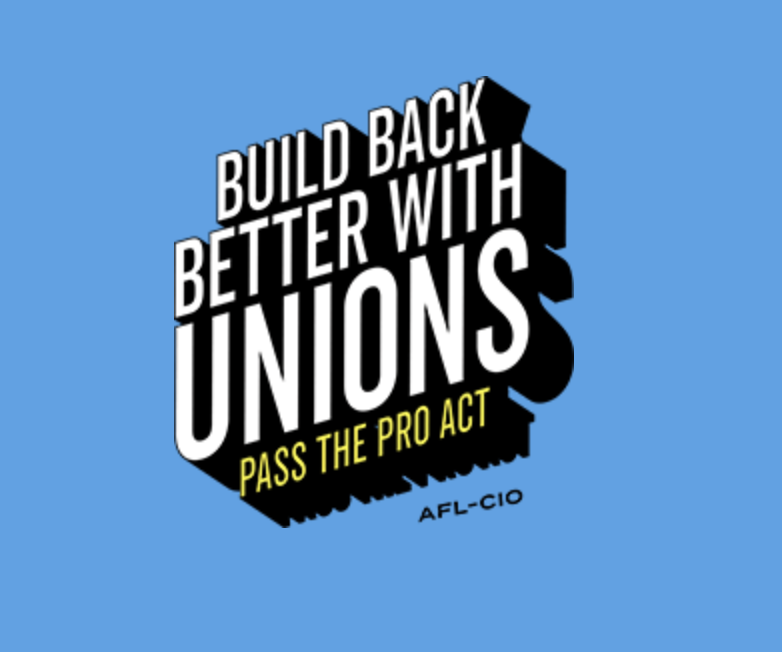 Posted at 20:54h in Uncategorized by adminWM 0 Comments
0 Likes
Share

Build Back Better with Unions—Pass the PRO Act!

Call your U.S. senators and tell them to pass the PRO Act now!

The U.S. House of Representatives passed the Protecting the Right to Organize (PRO) Act last year, but anti-worker legislators in the Senate blocked it. Undeterred, working people fought to elect pro-worker lawmakers to the Senate, House and White House. And we won. Lawmakers gave us their word they would make the PRO Act a top priority. It’s time for them to keep that promise. The House passed the PRO Act for a second time on March 9, 2021, sending the bill to the U.S. Senate. The PRO Act is the cornerstone of the AFL-CIO’s Workers First Agenda. If it passes, it would: Stronger unions mean higher wages, safer working conditions and dignity for all people who work. The PRO Act is our first step to get there. Use the form and we’ll connect you to your U.S. senators: Tell them to vote “yes” on the PRO Act.